Inside the Chicken Coop:  February 2015

The sun just came out for a few minutes.

The wind gusts have stopped.

Blizzard 2 of 2015 veered 50 or so miles to the east, which made it mostly miss us in the Camden, Maine, area.

We got blowing snow with only about 4 to 5 inches accumulation and high winds.  The storm hit southern Maine and the Bar Harbor area north of us pretty hard though.

I took my chickens a bowl of warm food a bit ago.  Here’s a video of them inside the coop:

You can see that the bedding is really beat up.  I keep adding more, but I have no where to put old bedding at the moment.  Clean up of the cage/coop is going to be a tough job this spring.  The door to the left leads into their cage.  And you can also see that the frost bite on the roosters comb has almost healed.

This coop is getting really beat up.  I’m hoping Stephen Pennoyer will help me repair it this spring… 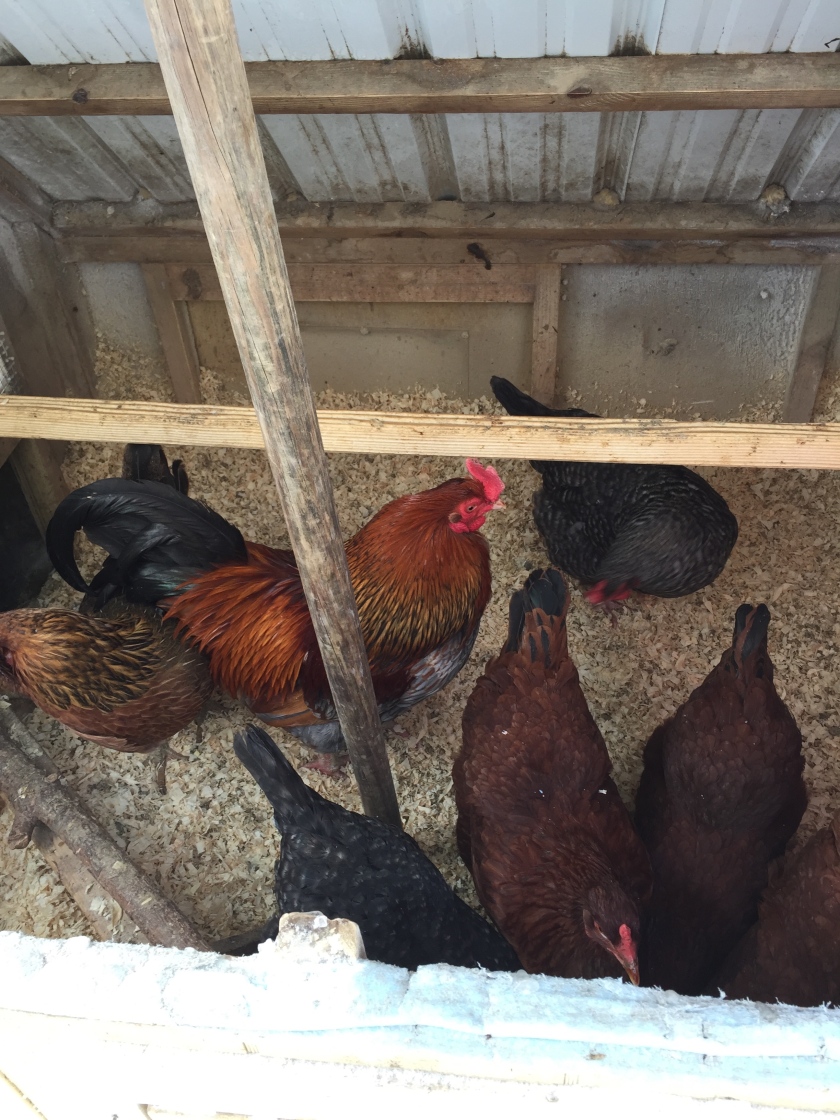 Here’s a pic of all the snow around and on the coop:

And here are the eggs you just saw in the coop.  Aren’t they pretty?

One (or more?) of the hens is occasionally laying a tiny egg.  I have not seen this before now.  I broke one open, and there was a tiny, tiny yellow yolk in the white inside.