This quilt started out with a set of blue and white squares and rectangles.

Here’s the first block–made and placed tentatively on the design wall–four-square blocks alternated with rectangles: 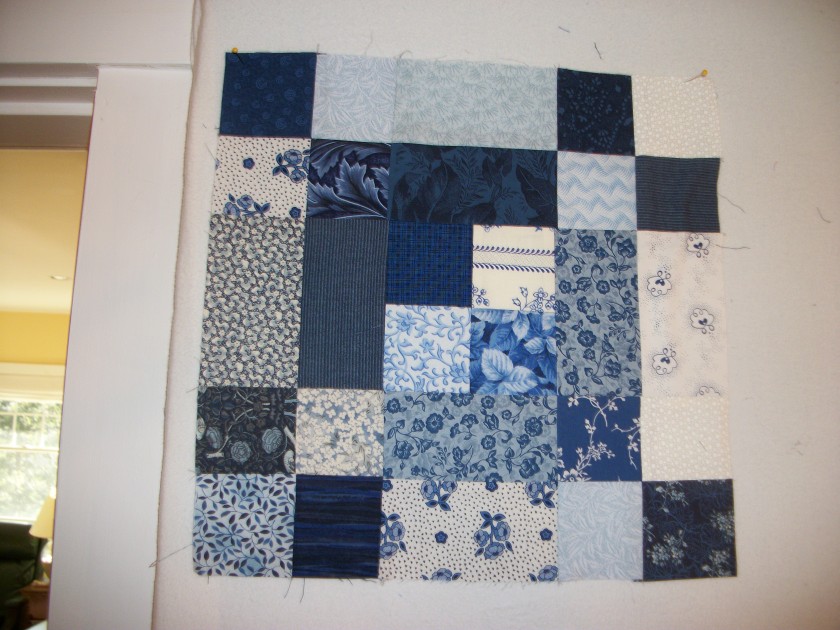 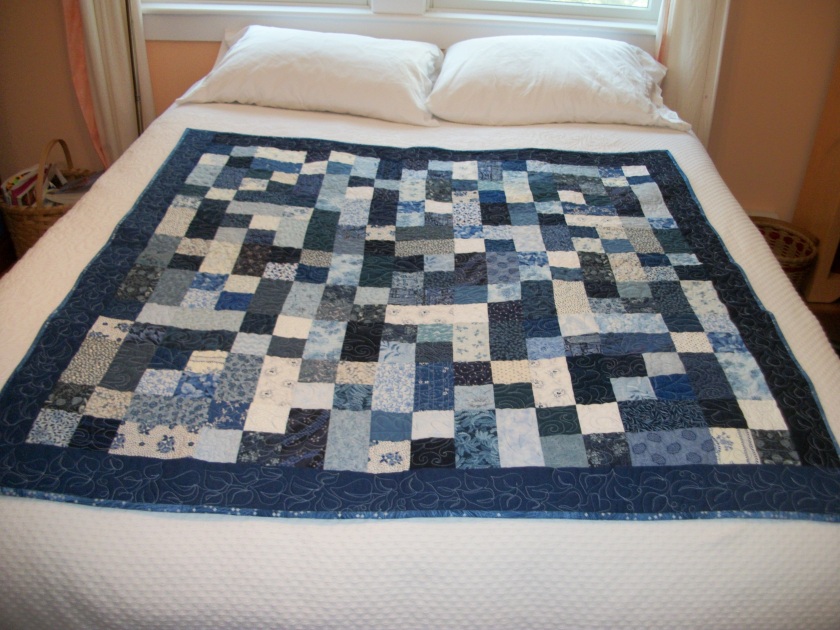 I alternated the placement of the rectangles on the second block–the first block has the four-patches to the outside; the second has the rectangles to the outside.  What results, still, are lines of light and dark blocks on diagonal lines up and down the quilt.  Since I have a lot of “medium” blues, the lines are not always as stark as if I were using starker darks and lights.

Here’s a close-up of the blocks, so you can see some of the beautiful feather and swirl quilting I did freehand on the long-arm: 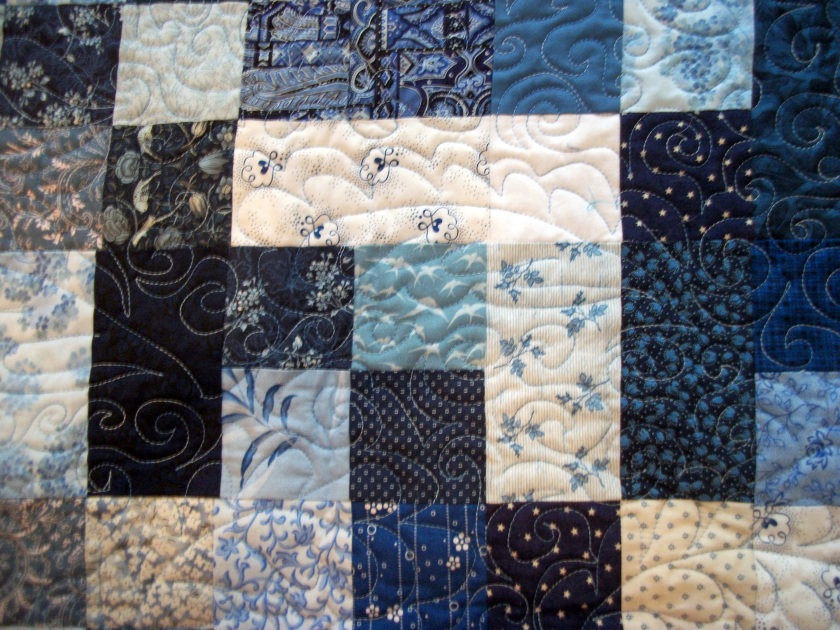 John went with me down to Marge’s at Mainely Sewing to choose a backing.  He chose this paisley fabric, which we both thought was perfect, and I chose the binding fabric, which has a lot of visual interest: 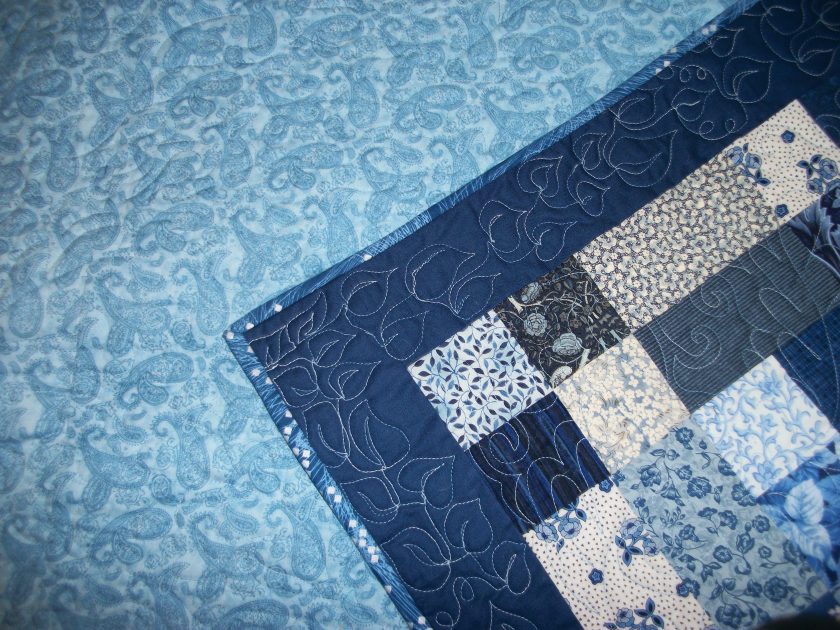 This quilt went to Hannah Rheault Kreibich, first daughter of Willow Rheault Kreibich, who is the daughter of our neighbor Sarah Rheault, who is English.  The blue and white floral prints have always looked like English china to me.   But this name is a bit more complicated.  “Fine China” is what our grandsons thought they heard when their parents used real words to describe their younger sisters’ body parts.  Willow topped this story with a similar one from her family.  A son thought his mother had a “china.”  It all became very complicated when they went to a zoo and he saw a panda bear from “China.”  Too funny!  Thanks, Willow.