Scratch an anti-vaccine activist, and you’re going to find either a parent with a damaged child or someone who has witnessed vaccine damage first hand.

California is one “hotspot” for the move to mandate vaccines for EVERYONE and, as a result, for unscientific hysteria and political incompetence.

Before this mandating vaccines gets to your state, or if it has already as is true in Maine, you may want to hear what this mother has to say.  Spend 14 minutes with someone whose child has been damaged–just as YOUR child could be damaged. Damage is much more frequent than you are being told, and much damage is permanent.  Vaccine damage is far riskier than whatever childhood disease is being supposedly subverted.

Not long ago, I heard myself referred to as “you people,” as if I were an out-of-control quack.  Yet I have a PhD and know how to research, how to vet sources, how to critically think.  The “you people” person had done no research and had no understanding or comprehension of how corrupt our government and our medical system has become.

Scratch an anti-vaccine person, and you’ll find also someone who has done good research and who often has higher educational degrees.  So, yes, I’m one of the “you people.”

So, please don’t stick your heads in the sand on this issue.

California’s mandate likely will not stand as it violates California’s own constitution.  And, likely, the 14th Amendment to the US Constitution.  I just read that the ACLU is now part of the legal protests beginning in California.

What interests me most in this article is the chart I have (successfully) copied–because it shows what historical research shows about diseases and the introduction of vaccines.

No vaccine is introduced until the disease that is its target is already nearly gone.

Why does a disease disappear?  We don’t really know.  Maybe a true herd immunity?  Maybe better sanitation and nutrition?

Anyway, here’s a quote and the chart:

And while health authorities are blaming measles outbreaks in recent years on unvaccinated children, when you mention the fact that nobody is dying from measles in the U.S., they are quick to turn around and claim vaccines have eliminated measles deaths (even though they cannot eliminate the disease itself apparently.)

Besides the obvious contradiction in reasoning with such a claim, the historical evidence just does not support it either:

I put up their treats: 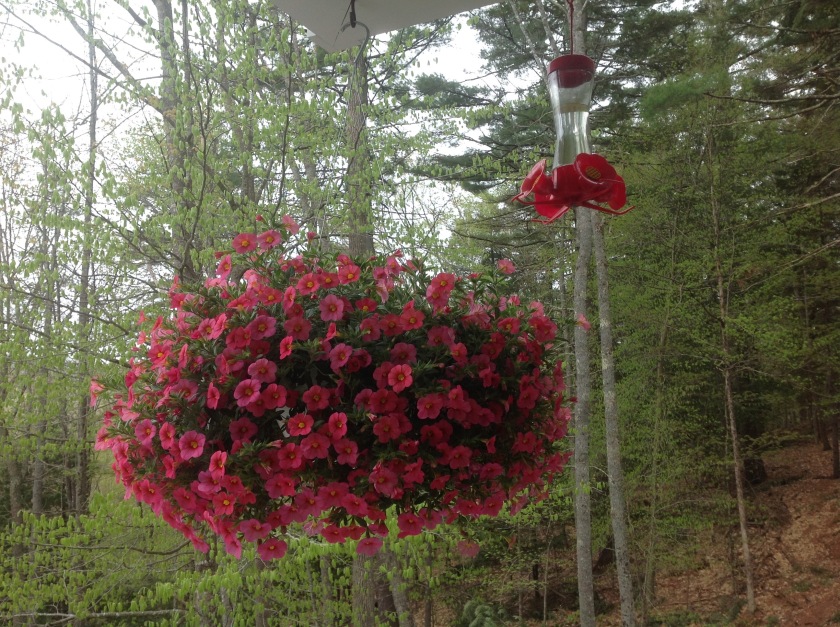 I noticed this morning that the sugar-water levels were lower.

Look at the beautiful, beautiful shade of spring green on the tree leaves…