LEAVING BEFORE THE RAINS COME

I am just back from six days on the windjammer J&E Riggin.

I’ve already signed up for this same trip next year.  AND for the four-day quilting cruise September 2016.  (Knitters, birdwatchers, readers, food appreciators, sailing lovers, and so for forth could come too.)

So, here’s a book I read on the Riggin: 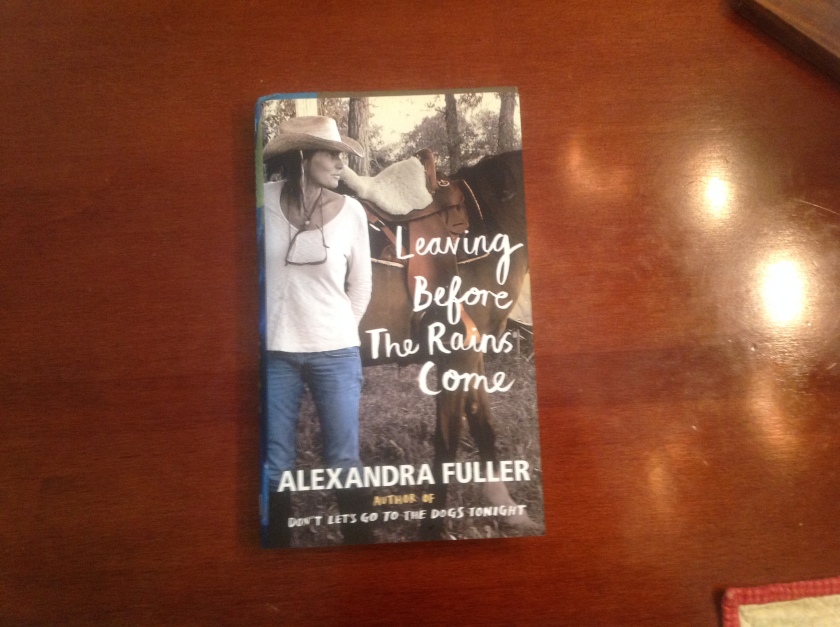 And I loved, loved it.

Fuller, in wise and wonderful ways, brings home the point that we are NOT all alike under the sun.  Culture is a huge part of who we are–unless we have just all become consumers who live in “safe” places.

Here’s a short quote from a much longer, much richer passage where Fuller begins to get at the differences between being raised in southern Africa and most anywhere in America:

A pod of hippos snorted at us as we began our wobbling descent downstream.  I closed my eyes and paddled as calmly as I could.  Behind me, I could hear Charlie taking deliberate, sweeping strokes through the water.  He was unafraid of what might happen, because he saw the hippos not as I did, as the most murderous of all African wildlife, but as fellow river dwellers.  Charlie knew he was supposed to be here.  I knew I was a trespasser.  “Don’t panic,” Charlie said.  We were wearing lifejackets, Charlie had a throw bag and a river runner’s knife.  He knew CPR and had taught river rescue on rivers in Wyoming and Colorado as well as on the Zambezi.  But I understood; it’s rarely the thing you prepare for that undoes you (43).

And a quote showing how connected we are in our culture while we are still in it:

And two weeks later, when I lay in bed coughing and fevered, I believed I could remember the woman who had made me sick, because however hard we work to isolate ourselves from one another and to shore ourselves up against discomfort, we are not immune from one another.  There is no way to shut the doors against our contagions, to ward off the effects of our collective stupidity and greed and violence.  Those who have an understanding of the mhondoro ceremony were correct when they told me that all beings in a community are connected, that the madness of one is the madness of everyone, that there is no separation of minds and bodies between people.  It was true when they said the sickedness and carelessness and avarice of one would bring pestilence on the whole.  Your sickness is mine.  My sickness is yours (204).

How Fuller plays out these ideas, how she sees them in her own life, is so well done.

The book is about the breakup of a marriage of some standing, yes, but it’s also about so, so much more.

I highly recommend this one.