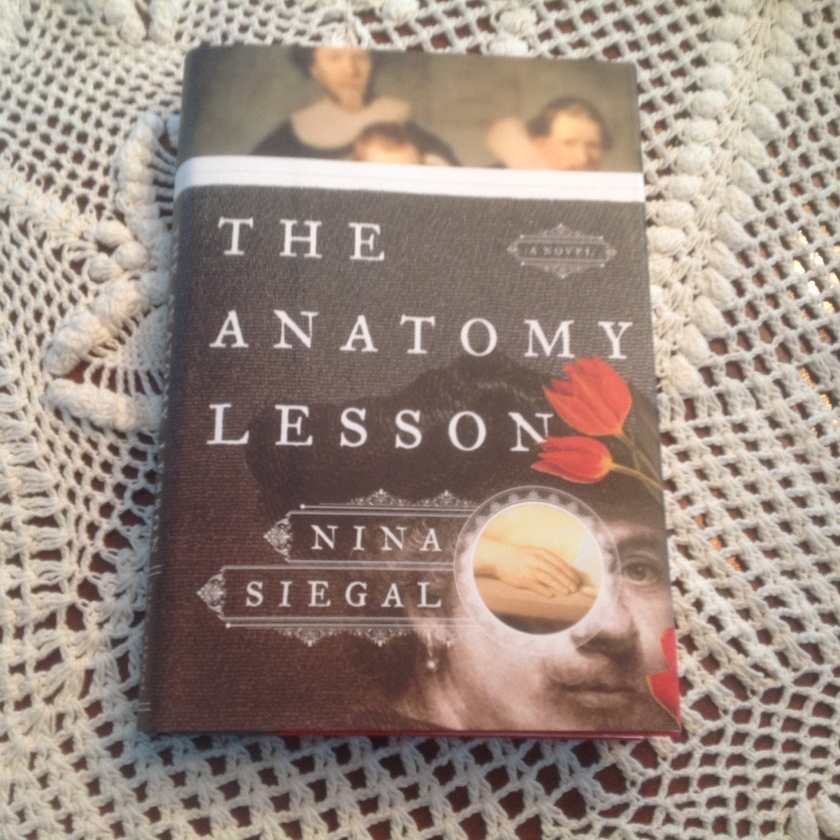 I have mixed emotions about it, but recommend it with some reservations.

It’s derivative, of course.  Picking a painting and creating a novel around it, as in THE GIRL WITH THE PEARL EARRING, apparently works quite well.

But, historical fiction ALWAYS ALREADY tells you more about what we, today/whenever, think than it does about the actual time.  And Siegal falls grandly into this trap with the invention of a young woman who, inexplicably to my way of thinking, loves the man who becomes the subject of the “anatomy lesson.”  Historical fiction ALWAYS ALREADY does a kind of violence to the people involved.  We cannot possibly know their thoughts and feelings.  We are too far removed and bring with us our own, deep cultural codes and behaviors.  This novel is judging that era by our modern codes:  for instance, the hanged man was himself abused, neglected, unloved, confused, and fell into thieving to survive.  Underneath he’s really ok.

Let’s stop for a moment and take a look at the painting itself–done by Rembrandt in 1632.

When Lauren Hillenbrand wrote SEABISCUIT  and, later, UNBROKEN, she used a horse and a soldier to tell a much larger story about a particular time.  She didn’t need to veer into fiction to create fabulous works.  Siegal, though, muddies up this book with the romance between Flora and the condemned man (he is hanged) who becomes the subject of the “anatomy lesson.”

Having cautioned about historical fiction, I will say that Siegal DOES capture the flavor of this era–and that part of the book is most interesting.

For instance, people are digging into bodies to figure out how they work.  And, they are trying to find out if a tarnished soul (the man in the anatomy lesson is a thief) shows itself in organs that are vile in some way. The man in the painting is a real man:  Adriaen Adriaenszoon.  His body is covered with whipping scars, brands, and his right hand has been severed–all as punishments for thieving.  People of this era believed that if you punished the body sufficiently, you could change behavior.  (The theorist who did such a grand job of reminding us of these “other” times and their very different relationship to the human body was Michel Foucault in DISCIPLINE AND PUNISH.)

Rembrandt is commissioned by Dr. Nicolaes Tulp to paint this “the anatomy lesson,” which was conducted in Amersterdam by Dr. Nicolaes Tulp and which is attended by all the important people who can come (read men) and is followed by a lavish banquet.  There are political overtones to the event:  put on a successful  “lesson,” and you might get elected to be mayor of Amsterdam one day.  Each person in the painting also has paid Rembrandt to put him into the work.  This painting is very large–monumental some might say–and was meant to hang in the medical guild.

The painting becomes Rembrandt’s first really important painting.  And here is where Siegal’s story becomes interesting–for she muses on how Rembrandt decides to deviate from paintings of anatomy lessons previous to this event–which are graphic and display bodies with open chest cavaties, etc.  Rembrandt paints Adriaen fully restored–no scars, no stump with a missing hand.  The light in the picture is directed onto the whole, clean body, not on Dr. Tulp.  And, Siegal poses, this is the line between art and just painting what is there.

She’s probably right.  The analysis of the painting is interesting.  The descriptions of life in Amsterdam in 1632 is interesting, too.  And Siegal’s writing is lovely.