Along with a group of Coastal Quilters members, I’m making the 99 Farmer’s Wife blocks–as detailed in an earlier post.  We’re doing eight blocks a month, or about two a week.  The 99 blocks will make a queen size quilt.

I am foundation piecing mine as these are pretty complicated blocks for the most part.

Here are the first eight–which took me some time, though I am getting faster as I do more of them.

I am LOVING the modern/contemporary fabrics I’ve chosen in these blocks.

Here’s how I’ll set them–and you can see that I’m putting on the outer triangles now–mostly as a protection for the very bias edges.  I remove the paper backing to stitch parts together as I get more accuracy that way.

This is the setting used in the book:  The Farmer’s Wife 1930s Sampler Quilt, Laurie Aaron Hird:

Or, one could do sashing with cornerstones.  The cornerstones could add a measure of coherence to a busy quilt.

Here are the individual blocks up close–each is named–and each is accompanied by a letter written to The Farmer’s Wife Magazine back in the 1930s. 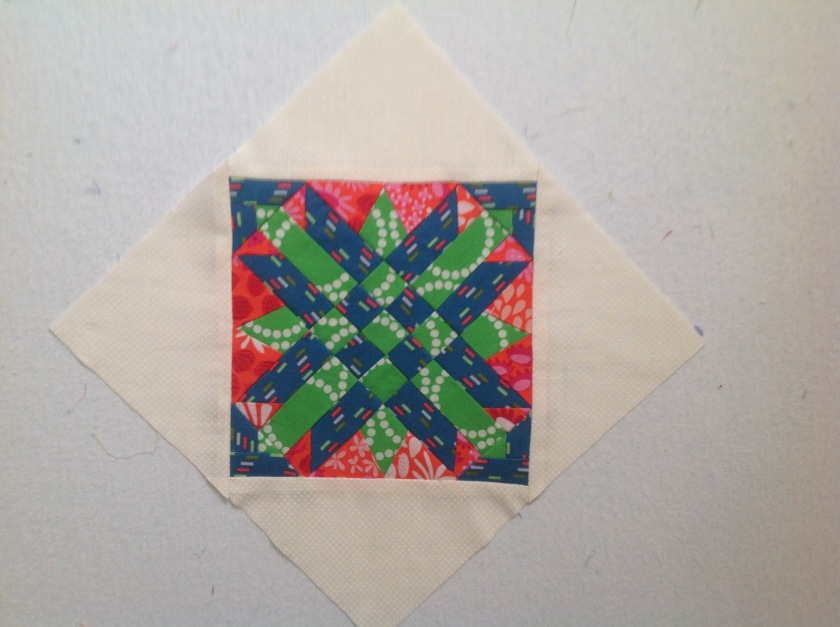 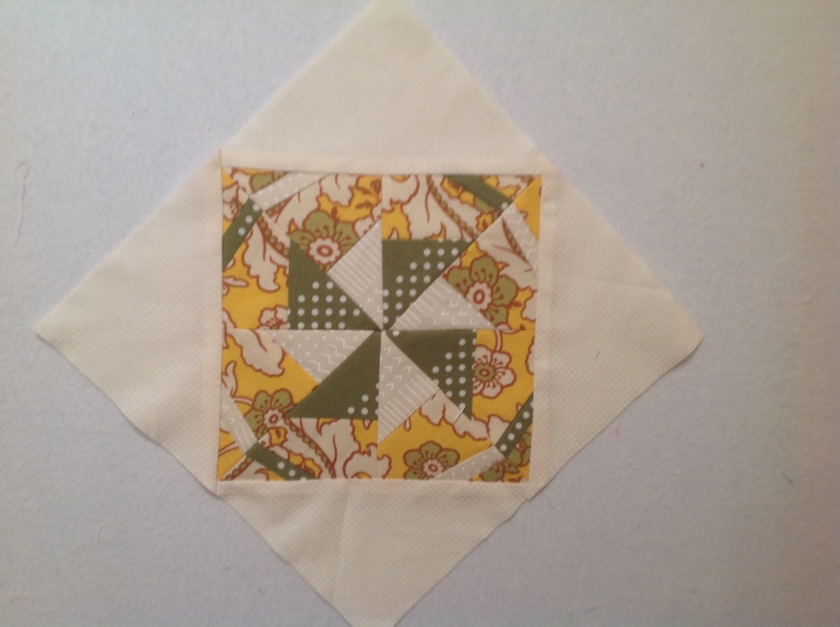 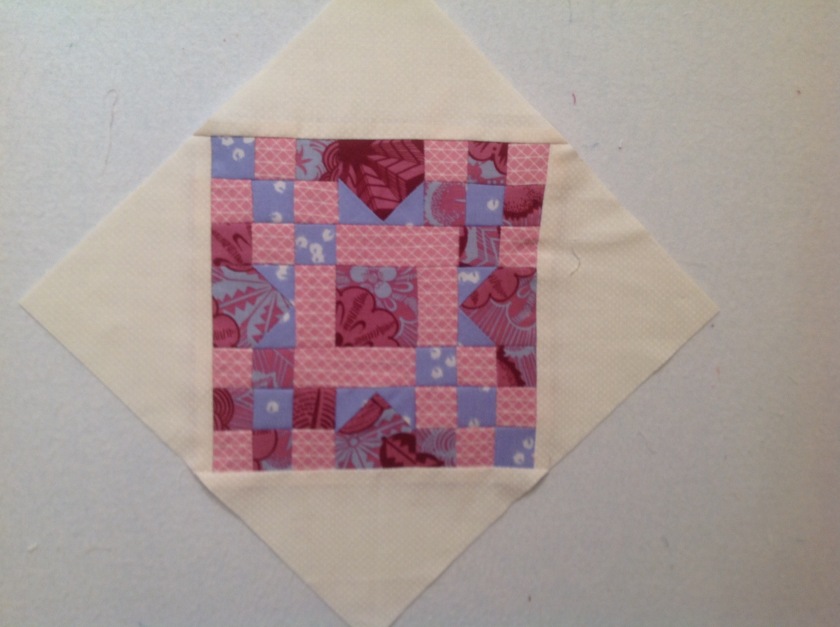 February is a SHORT month…